There has been no activity on the “Kentucky Cannabis Freedom Act” since January 7th when it was forwarded to “Licensing, Occupations and Administrative Regulations“…

Please take time to click on the links and send them a message to work on this Bill!

IT IS a crucial time for Kentuckians to stay in close touch with their lawmakers and offer feedback on the issues of the day. Citizens can see which bills are under consideration and keep track of their progress by visiting the Kentucky Legislature Home Page at www.lrc.ky.gov. Kentuckians can also share their thoughts with lawmakers by calling the General Assembly’s toll-free message line at

This Bill was just Introduced in House yesterday, March 1.  It is a true-blue highly regulated “medical marijuana” Bill with absolutely NO growing rights for Patients or otherwise!  It is a Bill that is attempting to pacify the group of Kentuckians who do not wish to see any growing rights or recreational rights at all and just want to access Marijuana for purely medical reasons, most are worried about their Children and simply want it for their Children’s sake.  I am all for access to whatever kind of medical CBD or THC that those Children or other patients may need. THIS IS NOT the way to get it!  With over regulation and burdensome legislation the real question is even IF it was enacted, how long would you have to wait to have access to it?  The short answer is, a LONG time.  I will NOT promote this Bill!

It includes but is not limited to the following requirements:

*require the department to license no more than 10 grows

*allow for licensure of 2 cultivators, 2 manufacturers, 2 processors, and other subcategories within each economically depressed county participating in the program

*establish a process by which cultivators sell only to manufacturers, processors, or distributors

*allow only distributors to sell medical marijuana to a dispensary

*require the department to publish an annual list of varieties of marijuana that contain a low level of tetrahydrocannabinol (THC);

*require prioritization of low-THC-containing varieties of marijuana by the department;

*grant priority access to children and individuals with medication-resistant seizures to low-THC marijuana;

*require patients under 18 to receive marijuana with a low-THC content;

*clarify that cannabadiol is included in low-THC marijuana products;

*allow a dispensary to dispense cannabadiol regardless of whether it is classified as industrial hemp or medical marijuana;

Now, if you look at the Bill and think about it a while, what do you think is happening here?

Kentucky politicians are mostly of the rich, by the rich and for the rich.  They can set up their own tight little growing and dispensing operation which allows NO ONE the option to grow their own for ANY reason, and then they will set up their own little processing and dispensing facilities which is akin to a Monopoly, encumbered with regulation to the hilt so as to prevent any common Citizen from being involved.  I would bet that becoming a “medical marijuana patient” in the State of Kentucky would be about like jumping over fire with flames 10 feet high (no pun intended).  Now, if you succeed at jumping over that flame and in fact end up in the “medical marijuana” program, what type of “medicine” will you be able to receive?  How much will it cost you, because it damn sure is NOT FREE and insurance will not pay for it!   Therefore, that pretty much puts the entire program into the more wealthy “patients” hands, leaving out those who might only be able to access it IF they can grow their own!

On top of that situation you can imagine that the more wealthy people of Kentucky who have stock in pharmaceutical companies are trying to pave the way for the pharma industry to move right on into Kentucky with their Pharma grade marijuana pills, oils, foods, etc., as soon as it can be accomplished through relaxed Federal Legislation.  Hmmm, this must be why HR 173 is being worked on as we speak.  A “Resolution” to the FDA to “study medical marijuana”!  As if we really need more studies before we use Cannabis….Well, here are a few that the FDA can start copying!  SEE THIS LINK!

Last but not least, this new Bill, if enacted, in fact will promote stiffer penalties for those who are found to be in possession of “non-medically certified marijuana” or without a Patient Registration identification!

If I had a child in need of immediate treatment with Cannabis, and the “Cannabis Freedom Act” does not pass this year, I would pack up and leave — taking my Child to a “legal” State to be treated.  I would not stay here and risk my Child’s health and risk having a Child taken from me for using Marijuana for their illness, when they in fact, NEED it!  There is no reason for them to stay here and take that chance when there are other places to go.  There are also agencies that will help them with relocation if need be! Keep this in mind!

The LINKS below are to the KRS as they exist TODAY.

Any offender failing to affix the appropriate tax stamps, labels, or other tax indicia to any marijuana or controlled substance as required by KRS 138.874 is guilty of a Class C felony

218A.050 Schedule I controlled substances.

218A.1422 Possession of marijuana -Penalty –Maximum term of incarceration.

Trafficking in less than eight (8) ounces of marijuana is for a first offense a Class A misdemeanor.

All real property, including any right, title, and interest in the whole of any lot

or tract of land and any appurtenances or improvements, which is used or

intended to be used, in any manner or part, to commit, or to facilitate the

commission of, a violation of this chapter excluding any misdemeanor

Establish KRS Chapter 245 to regulate the cultivation, testing, processing, taxing, and sale of marijuana to persons aged twenty-one years and older; amend various sections to conform; repeal KRS 218A.1421, KRS 218A.1422, and KRS 218A.1423.

Senator Perry B. Clark pre-filed this Bill in December of 2015.  It is an all around good Bill because it is a “Freedom” Bill.  Meaning that it opened up Medical Cannabis to patients as well as recreational Cannabis to Kentucky residents over the age of 21.  Although it is not a true REPEAL Bill that I would like to see happen, it allows a Kentucky Citizen to:

Possess up to 1 ounce of cannabis on their person;

Cultivate up to 5 cannabis plants;  (Six or more would be considered as trafficking)

Store excess cannabis lawfully grown for personal use at the location where it was cultivated; or

Possession exemption for persons under 21 if recommended by a licensed physician.

It allows for access to retail cannabis facilities, creating the ABCC (Alcoholic Beverage and Cannabis Control) to create licenses to operate the following cannabis-related entities:

It also provides for an Excise tax imposed on licensees operating cannabis cultivation facilities selling or transferring cannabis to either a cannabis processing facility or a retail cannabis facility.

So in ONE BILL the Patients, the Recreational users, personal growers, those who would like to grow for dispensaries or medical patients, those who wish to operate legal dispensaries for patients and for recreational users and an EXCISE TAX for the State of Kentucky were taken care of legitimately!  This IS THE BILL that has my full APPROVAL!  Thank You, Sen. Perry Clark!

With as many phone calls, letters, emails and personal visits from the people of Kentucky who wish to see this Bill passed has had, there should be no reason for it NOT TO BE considered, and PASSED!

But as usual, the Kentucky money hungry Politicians are planning on this ‘patient care’ ultimately to be handed over to the pharmaceutical companies, which is why they are going to try to seriously limit the growing operation and usage of “medical marijuana” thru HB 584, so as to be able to withdraw those growers rights as soon as a pharmaceutical can take it over.  Much like they tried to do (and succeeded for a while) in Canada.

*The Liberal government will have to do substantial work on the international stage before it can follow through on Prime Minister Justin Trudeau’s promise to legalize marijuana, new documents suggest

This is a Kentucky RESOLUTION to encourage the United States Food and Drug Administration to study the use of medical marijuana.

The Sponsors are David Osborne, Lynn Bechler, and Brad Montell.

As if we really need more studies before we use Cannabis….Well, here are a few that the FDA can start copying!  SEE THIS LINK!

AND FOR GOOD MEASURE YOU CAN ADD THIS TO THE LIST TOO: 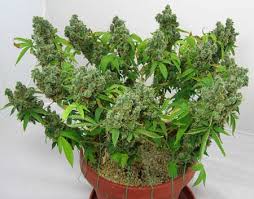 Additionally, as a patient and recreational user,

I am a FIRM BELIEVER in a “misdemeanors”